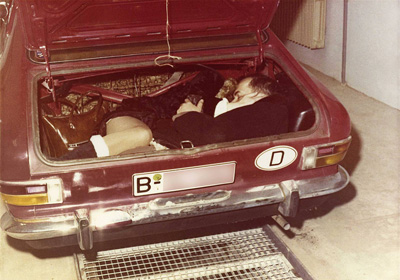 Time  Interview
Go Inside East Germany’s Stasi Archives by Jeffrey Ladd
During the Cold War many countries had agencies set up under the premise to protect their state and gather intelligence whether of foreign nature or domestic. The CIA and KGB were the main agencies on the two sides of the ideological coin but neither seemed as effective or repressive as East Germany’s Ministerium für Staatssicherheit (Ministry for State Security), colloquially known as the Stasi. The Stasi was known for its widespread spying on the population of East Germany and turning family members into informants against relatives.   Website